As I take my morning walk on the beach here in Lamèque, New Brunswick I spot them in the sky. The red, yellow and white kites are visible on the other side of the bay at Petite-Lamèque. Attached to each of those kites is a surfer and I know I have to go over and get a closer look. But by the time I drive the five minute route they are all sitting on the beach and the kites are down. Not enough wind apparently.

I'm here to make a film about the Lamèque International Baroque Music Festival and I'm keen to film the kiteboarders in action. No problem. William, a young surfer with bare chest, long blond hair and sunscreen on his nose, tells me he will text me when the wind is up. It seems like a plan. When the text comes it makes me laugh. "We are going to ride," it says, with two exclamation marks,  so I pack my camera in the car and head to the beach. (Well I THINK he's talking about surfing).

The kiteboarders put on quite a show. They are happy for anyone to come and watch them or take a lesson here at the strangely named Club Wind and Kite. They surf so close to me in the lagoon off the bay that I hear the wind whistling in the kite before I see it through the camera lens.

As I spend the next few days at our chalet on Pointe Alexandre (below) the first thing I do every morning is to check for kites in the sky. It becomes a habit. The chalet from Chaletsalouer is a quiet location with birdsong from the forest behind us and seabirds in the bay in front. .

At lunch our wine seems to echo the morning's activites: Pair with full sails and brisk winds, it advises. The Acadian island of Lamèque is not just famous for the kiteboarding and seafood. For the last 39 years it has hosted a Baroque Music Festival. Having already spent several summers at Glimmerglass, Tanglewood and Lanaudière this is altogether different. You seem to arrive at the Candy Church with wind in your hair and sand still between your toes. The musicians and singers are led by conductor and Festival artistic director Mathieu Lussier. 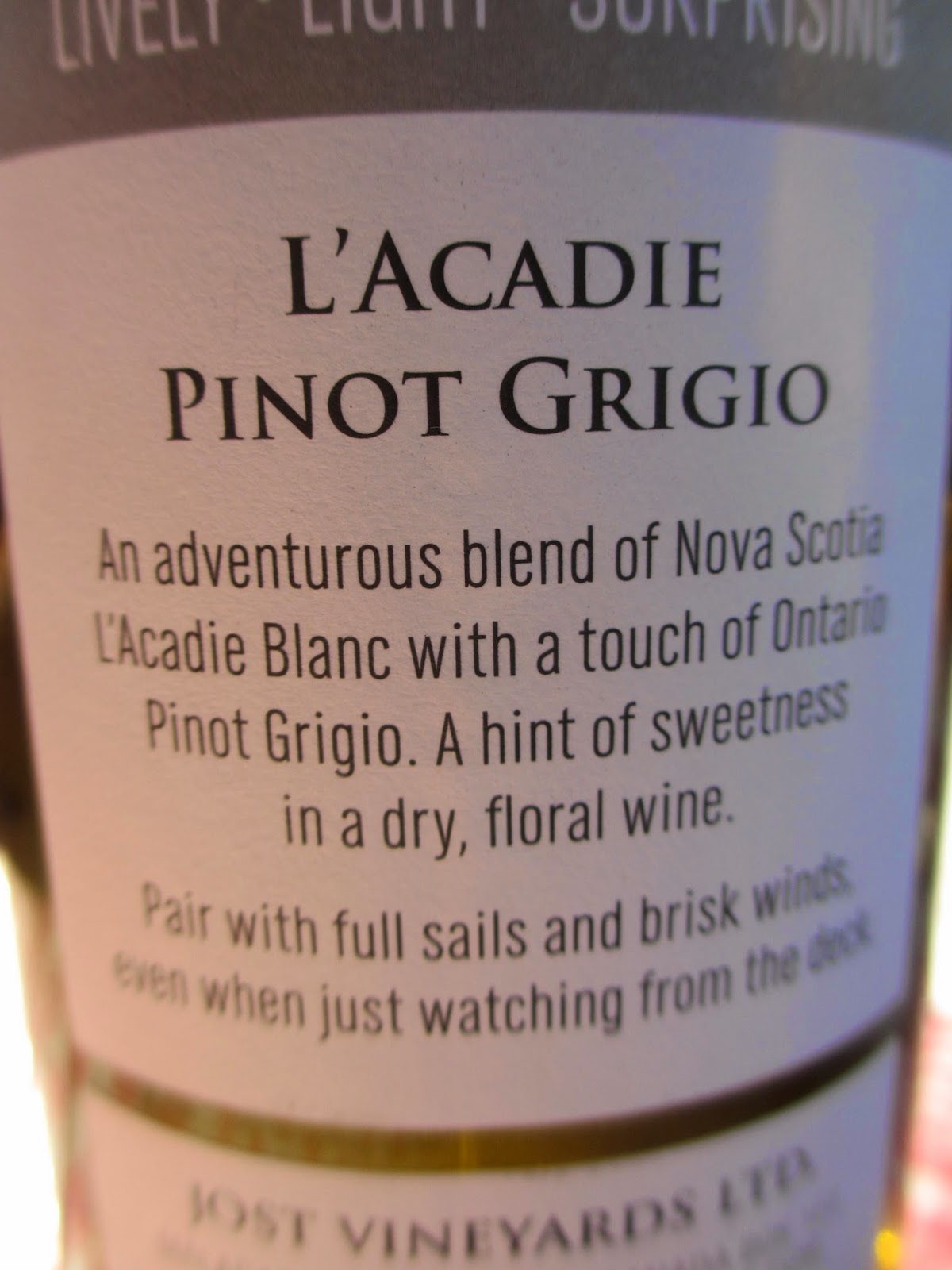 He is one of those conductors who is a joy to watch as he bounces around on the podium, occasionally smiling broadly. One singer told me, "That is what you want to see in a conductor.  It's when you look out and see fear in their eyes that you know something is wrong. With Mathieu you are confident. " The festival was in danger of closing last year after 38 years. Regular festival-goers,  Henry and Marilyn Litz, are credited with saving it.  They are from the US and have been coming here for years - like many I met. "We just couldn't see something this wonderful die," Marilyn told me. A woman from Moncton, who sat next to me one night,  told me she had been to 33 of the 39 festivals - she only missed it when she was abroad.

The three concerts were completely different - the first with the baroque king of instruments, the harpisichord and music by Bach and Rameau, the Great Masters of the Baroque period which was around 1600 to 1750; the second a night with Flute Alors of Bach and Jazz (who knew the recorder could sound so sweet and bring a tear to the eye?) and finally The Voices of God, a night of gorgeous singing and playing which made the heart soar. You can hear the whole show on August 14 on ICI Musique, Radio-Canada at 8pm EST and find out what I am talking about. Here is soprano Florie Valiquette rockin it to give you an idea.

So we say goodbye to beach walks, kitesurfers, sopranos and seafood. It's s long drive back to Montreal (11 hours) but I know that for a while, when I wake up in the morning,  I will be wondering if those kites are in the sky.

Read my other posts on visiting Lamèque and the Acadian islands of New Brunswick.
Watch some of my opera videos on my YouTube Channel.
Watch my videos about Canada here.

Email Post
Labels: Baroque festival kiteboarding kitesurfing Lamèque New Brunswick
Anne Kostalas
"There are two things I love in life - travel and opera. Which is probably why I write a blog on each of those subjects. I'm a filmmaker, former BBC journalist, cottage dweller, gardener and cat lover. I make documentaries, profile videos of individuals and companies as well as trailers for productions and festivals. Check out my other blog Diva Films: My life as an operatic filmmaker and my website annekostalas.com. Follow @viewfromalake on instagram and twitter."