The end of the road

We made it. Just over 800 miles, part of it in RVs, from Whitehorse in Yukon Territory all the way to Dawson Creek in British Columbia. My boots are muddy, I've lost a bikini and I have absolutely no clean clothes but it has been worth it. Along the way we have met full-time RVers, truckers with stories of grizzlies, tiny dogs travelling with their owners and some real characters in museums, cafes and hotels on the road. People with names like Button, Marl, Keltie and Chad.
We have put up our signs in the Signpost Forest at Watson Lake where a lonely soldier in the Second World War first started the tradition, we have bathed in the Liard Hot Springs, had close encounters with bears, moose and bison, risked our lives taking photos of the line in the middle of the road, been bitten by mosquitoes around the campfire and learned the fascinating history of this highway to Alaska.
Mile zero is a great location to really soak up the stories - you can easily spend hours in the excellent Alaska Highway House. Even on a rainy day there is fun to be had - walking the line at the Pouce Coupe trestle bridge and meeting the locals in the Rolla Pub and Hart Hotel. (free juke box)

There have been sad stories of the gruelling conditions in which the soldiers had to work - freezing temperatures without proper attire, terrible mosquito-infested woods, and disasters such as the sinking of a ferry at Charlie Lake with the loss of a dozen lives. It is believed another 18 men died building this highway which has been called one of the greatest feats of engineering in history.
When the Blueberry native people first heard the machines in the woods in 1942 they thought it was the end of the world. No-one had bothered to tell the local tribes who had lived their for centuries that a road was being built on their land. Some of it went straight through their villages. Story collector Mimi Needlay, from the Fontas tribe, said "They thought the machines were eating the trees, that the devil had come and they ran away."
She and Denise Menard are collecting stories of the highway. It's hoped the route can attract National Historic Status and offer more for tourists in future. But my abiding memory of the highway is that feeling of calmness as soon as you get back on the road. Your camera is close by and you stop frequently to take in the views, the people and the wildlife.
You are the member of an exclusive club when you travel the Alaska Highway. You swap stories with fellow travellers and you get, just briefly, to inhabit the world of the folks for whom the highway is home. Not only that but you are in one of the most scenic places on earth.  "We used to think it was a waste a time and we'd cuss at nights," said one soldier who helped build the highway in 1942. "But all that went out the window when I went back to see it, years later. We did a beautiful job." 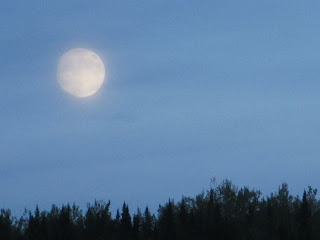 To receive this blog by email just hover your mouse over the dark grey boxes at the top right of the page - the lower one is where you can subscribe.


If you want to know more about the Alaska Highway try these links.
Northern BC Tourism
Yukon Tourism
Tourism Dawson Creek
PBS - great history of the Alaska Highway
The Milepost - tons of info here
Email Post
Anne Kostalas
"There are two things I love in life - travel and opera. Which is probably why I write a blog on each of those subjects. I'm a filmmaker, former BBC journalist, cottage dweller, gardener and cat lover. I make documentaries, profile videos of individuals and companies as well as trailers for productions and festivals. Check out my other blog Diva Films: My life as an operatic filmmaker and my website annekostalas.com. Follow @viewfromalake on instagram and twitter."