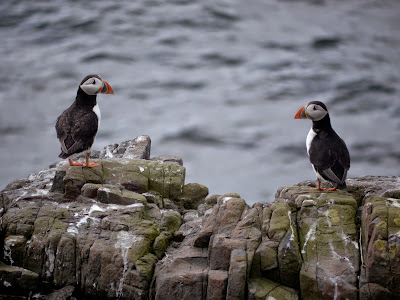 Whenever I return home to North-East England I like to visit old haunts and discover some new ones.  Now back at the cottage in the Canadian woods, sporting several new mosquito bites, I thought I'd share some of my favourite things to do in Blighty. 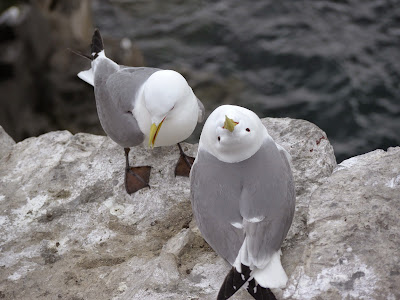 1. Visit the Farne Islands. If you love birds and wildlife this is the trip for you. Gulp down your seasickness tablets and book your trip on Billy Shiels boat to these islands off the North-East coast at Seahouses. A chance to get up close and personal with 23 species of birds including puffins, guillemots, shags, cormorants, eider ducks and arctic turns.   A colony of grey seals will check you out as they sun themselves on your voyage out. We took the boat to Staple Island where you get to spend an hour on one of England's most impressive seabird colonies. 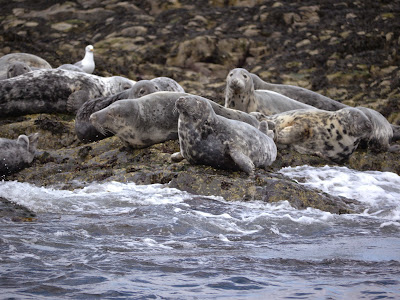 2. Go to the Brighton Festival: This was a first for us but the town itself on the Sussex coast, an hour from London on the train, has long been a favourite. We saw the incredible singer Camille O'Sullivan in the Spiegeltent, drank raspberry beer at the Hand in Hand pub in Kemptown and hung out with our friends and their hens. I've had a thing for Brighton ever since reading about Rose and Pinkie in Graham Greene's sinister novel - later made into a movie with Richard Attenborough. The remake with Helen Mirren is pretty good too. 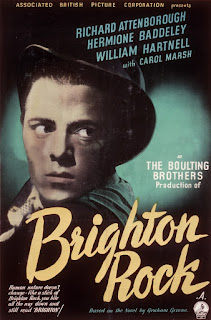 3. Visit Parham House and Gardens : We picnicked on the Sussex Downs looking down on this beautiful Elizabethan house with its famous Long Gallery. Later we walked the stunning gardens - where I made this little video - before a cream tea in the Big Kitchen.  Just the perfect day.

3. Beach walks along the north-east coast: Hard to know where to start - I've already mentioned Low Newton in my previous blog post from England but my other favourites are Warkworth, Alnmouth and Bamburgh. It's often bracing and there is something special for me about being at the seaside again.  How I miss it.


4. Hiking the countryside: We did some great walks around East Woodburn, Hareshaw Linn and Upper Coquetdale where we walked the Border Ridge - a spot so remote that we felt on the edge of the world after several hours without seeing a living thing. The reappearance of sheep on our return route made my heart sing. Just a gorgeous spot.


5. Staying the night in a pub. After our five and a half hour hike on the border we stayed the night in Northumberland at the Anglers' Arms in Weldon Bridge. There we feasted on pork belly and black pudding and staggered up to bed for the best sleep of our lives. 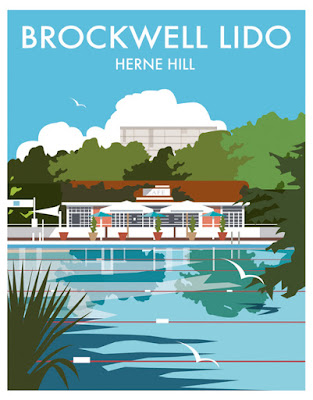 6. Swim in Brockwell Lido in London. Ever since reading the late Roger Deakin's fabulous book Waterlog about wild swimming in Britain, I have wanted to swim in a traditional lido. Lidos were built at a time when people were tougher and thought nothing of swimming outdoors (1930s) Some of these creatures still exist. We only had to turn up shortly before 10am to find them - people in their 70s and 80s who swim outdoors every morning in cold water. It was 14C (57F) on the day we visited - a short walk from a friend's house in Dulwich. As you know we swim in a Canadian lake all summer so we are reasonably brave. After hovering on the side of the pool with legs dangling in the water, feeling increasingly numb,  I decided to take the advice on a passing older lady, doing breaststroke. "Don't hang around-  just get in".  We did and after realising we were not going to expire we swam for about 30 minutes. The wind was pretty ferocious, the sky a deep grey and the lifeguards were dressed for the Arctic. I have never felt so smug, eating a full English breakfast in the lido cafe, the only ones with wet hair in the whole place.

England is great but Canada, let's face it, has some advantages like the time I photographed the Northern Lights for example.
Email Post
Labels: brighton britain coquetdale farne islands Northumberland
Anne Kostalas
"There are two things I love in life - travel and opera. Which is probably why I write a blog on each of those subjects. I'm a filmmaker, former BBC journalist, cottage dweller, gardener and cat lover. I make documentaries, profile videos of individuals and companies as well as trailers for productions and festivals. Check out my other blog Diva Films: My life as an operatic filmmaker and my website annekostalas.com. Follow @viewfromalake on instagram and twitter."