More secrets of the woods revealed. 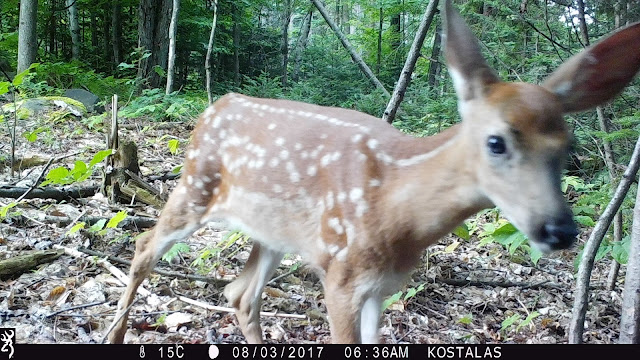 As you know we have a trailcam in our woods to try and capture critters. (Browning Strike Force incase you're wondering) We just went away for a month and left it on a tree to see what transpired. I had been hoping that some daytime shots of fox and deer would turn up as we have endless night-time shots of them with the infrared feature on the camera (which is motion sensitive). Coming back to the cottage and checking the SD card to see what we'd got is always a thrill and after so many weeks it did not disappoint. I had always imagined that there is lots of activity in our woods early in the morning as we slept but turns out these critters are not necessarily early risers. Each photograph includes time, date and temperature and as you can see from these photos the earliest is 6.36am (deer above) but the rest are several hours later. 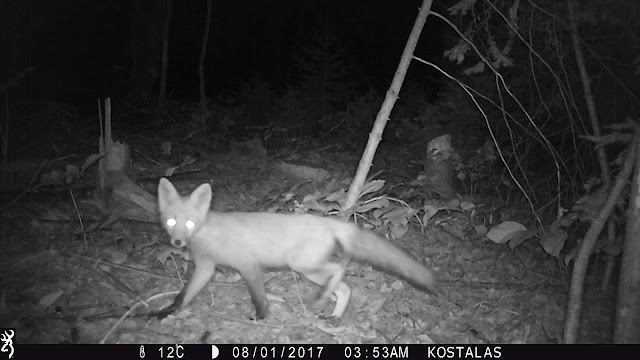 This is the sort of image we are used to seeing of the foxes that live in our woods. I think most of them are young but if there are any fox experts out there I'd love to know more. Finally we just got some nice daytime shots of them (below). I tried to put the camera at a spot where we've seen deer crossing. I think it's a bit of a wildlife corridor in the forest between houses here on the lake. We chose a clearing so that we'd get a better view and I'm now reluctant to move the camera as it is bringing in the goods. We have thought of placing it near the in-laws compost heap as they've seen a skunk family near there and are sure there are many animals who come out to investigate the compost especially after we have a lot of corn for dinner. Watch this space for more on this. 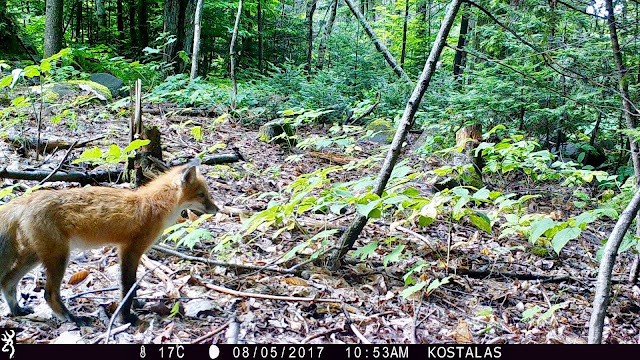 These two fox pictures were taken within 14 minutes of each other and the question is - is it the same fox? The first photo looks much brighter but that could just be the light I suppose. They really are beautiful creatures and it is a joy to see them - one of the pleasures of being in a cottage in the woods. Just this morning at breakfast our wildlife spotting cat, Norman, alerted us to an adult and young deer in the woods. I dashed out, my husband called his parents down the hill, and my mother-in-law and I met in the woods having both got a sighting. This is the sort of thing we do here for entertainment. It sure does beat reality television. 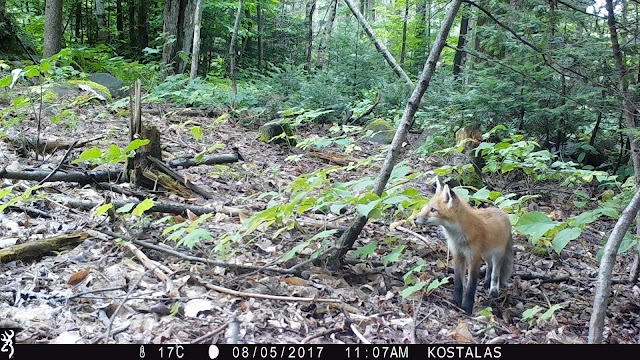 We don't put any food down for the animals but as I follow a lot of trailcam users on social media I notice that some of them put down a scent lure or even just a big container of water - which act as animal attractants. Many trailcam users are hunters and live or hunt in areas where there are mountain lion and bears which make for some great shots (if you'll pardon the pun) though we're glad we're not seeing anything scarier than a deer. Check out the hastag #trailcam on Instagram if you're interested. You can follow my photos on instagram and twitter and my handle is @viewfromalake. You can follow Norman's instagram account @kittennorman. 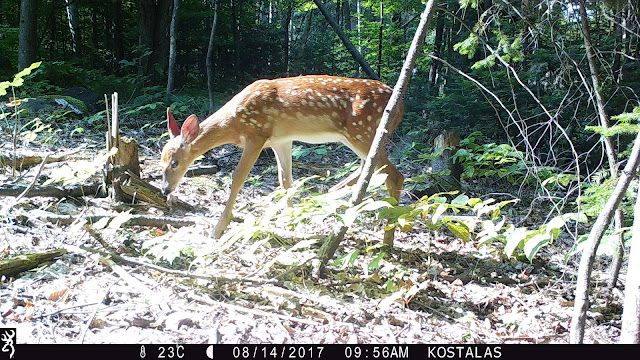 For more on trailcams and citizen science check out the amazing Roland Kays who inspired me to buy one in the first place. Subscribe to this blog by hovering your mouse on right of screen and signing up.
Email Post
Anne Kostalas
"There are two things I love in life - travel and opera. Which is probably why I write a blog on each of those subjects. I'm a filmmaker, former BBC journalist, cottage dweller, gardener and cat lover. I make documentaries, profile videos of individuals and companies as well as trailers for productions and festivals. Check out my other blog Diva Films: My life as an operatic filmmaker and my website annekostalas.com. Follow @viewfromalake on instagram and twitter."