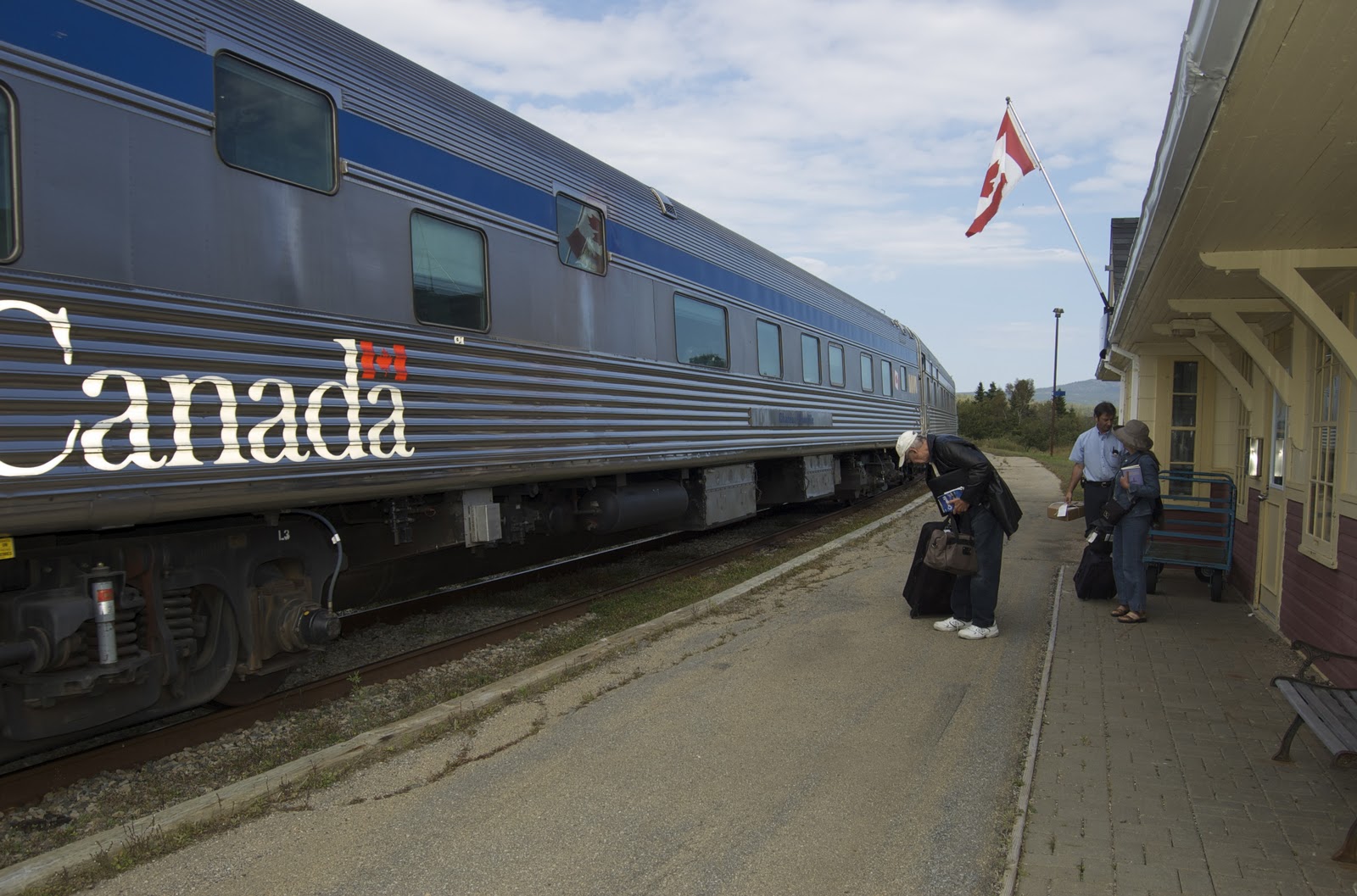 Following on from my Top 5 Canadian destinations here are my top five Canadian experiences. Some in summer and some in winter - it's like two countries for the price of one here. That's one of the things I really love about it - proper seasons. Except for Spring. They don't really do Spring. Not here in the east anyway. 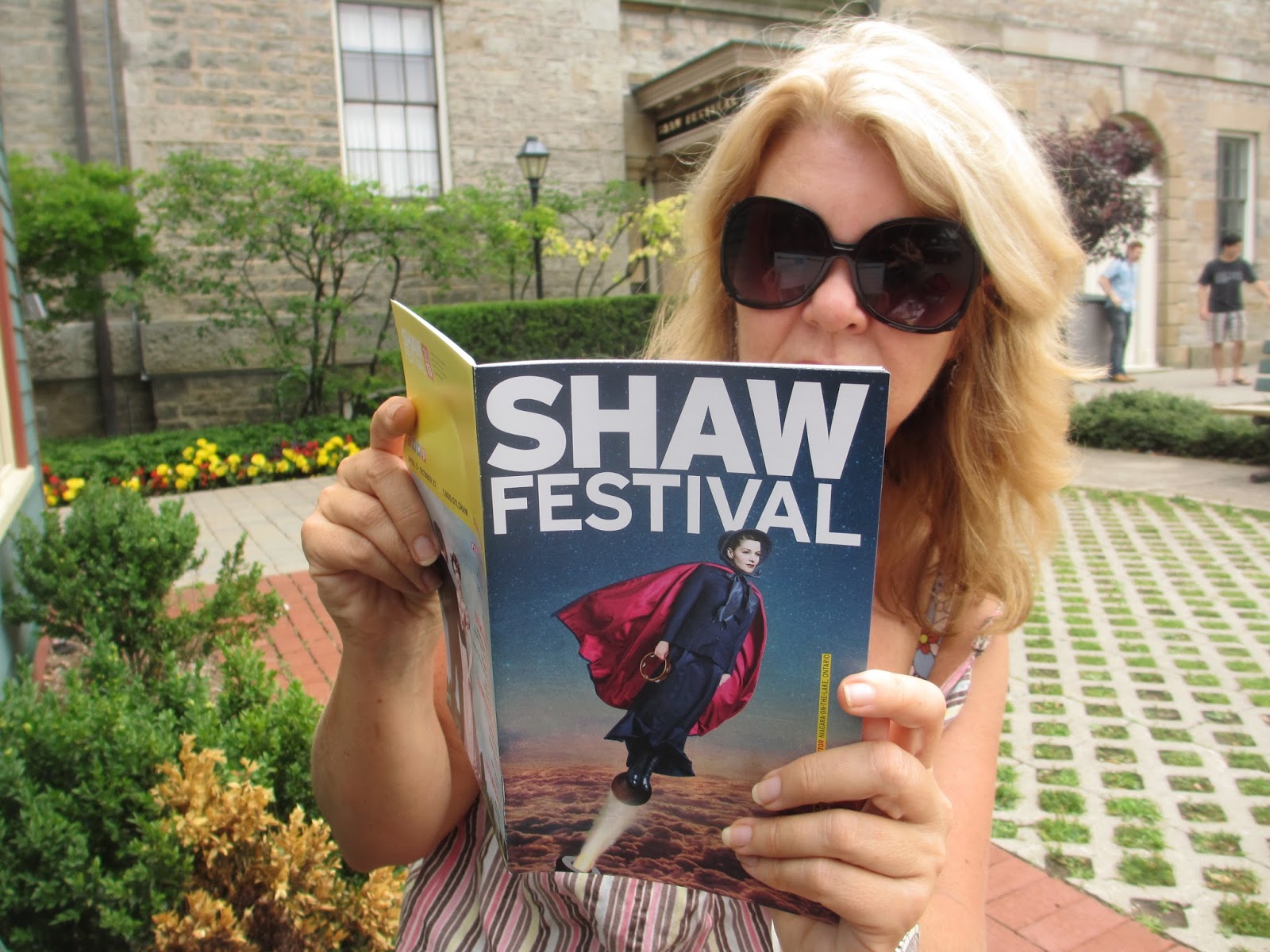 1. My absolute favourite experience at the moment is going to the Shaw Festival in Niagara-on-the-Lake, Ontario. In the height of summer you can stroll the streets of this pretty little village (just a stone's throw from Niagara Falls) until you get too hot - then you pop in to see some brilliant theatre in one of the many venues dotted around town. I went last year for the first time and was blown away by the quality of the productions and the charm of NOTL. Read all about my trip there last year here.


2. Skating the Rideau Canal during Winterlude in Ottawa. Just look at that sky would you? When people talk of Canadian winters they don't think about all the sunny days we get. What better way to celebrate winter than to head to Ottawa and skate the length of the world's biggest ice rink - the Rideau Canal. Miles and miles of straight skating, no corners to turn and thousands of families out having fun. Commuters even skate to work along this route in their suits. Try the local pastries, called Beaver tails, chug down a hot chocolate and later go upscale and drop into the Fairmont Chateau Laurier Hotel for a sophisticated afternoon tea. Read more about skating the Rideau canal

3. Dressing up for the New France Festival in Quebec City.

What's not to like about a summer festival in North America's oldest city - beautiful Quebec? Locals plan their costumes all year (like this family above who won the prize). It's a celebration of the heyday of New France with actors and musicians creating some living history as you stroll the walled city. Check out my video and post about it here.

4 Staying in the Ice Hotel or a ski hut without power or water. A joint tie for 4th place here because we are basically talking about the same thing - roughing it in the cold for a bit of fun. Granted the Hotel de Glace in Quebec is a work of art with its carved rooms and chapel, beds made of ice and hot tubs under snowy skies. Bedrooms are kept at minus 5C and sleeping bags provided. But equally fun was staying in a ski hut in Gatineau Park, Quebec with no facilities other than a wood-burning stove. Our stay was not what we expected.

Read more about the ski hut in Gatineau Park.


Read more about the Ice Hotel.

5 Skiing the maple syrup trail in Rigaud, Quebec.
This is my idea of a winter adventure - cute old cottages, maple syrup, cross-country skiing and a sugaring off meal (the traditional meat-based feast to celebrate the start of Spring and the maple syrup season). By the end of this weekend I had eaten three sugaring off meals, tucked into tire (the traditional toffee formed when reboiled syrup is poured onto snow) and even had a spa with beauty products made from maple syrup. Quite frankly I didn't care if I never saw a bottle of syrup again. But by the next week I was pouring it on my pancakes and bacon of course. I'm only human. Read about the charming Sucrerie de la Montagne and other great locations for sampling the syrup for which Quebec is known all around the world here.

Other experiences that will blow your mind in Canada - photographing the Northern Lights in Churchill, Manitoba (in my top 5 destinations); take part in the Canadian Ski Marathon; swimming with whales or checking out icebergs in Conception Bay, Newfoundland; driving the Icefields Parkway in Jasper National Park, riding the Rocky Mountaineer, ....

Email Post
Labels: Gatineau Park. cross-country skiing maple syrup. quebec. sugar shack. new france festival Quebec. Ice Hotel. Hotel de Glace Shaw Festival winterlude
Anne Kostalas
"There are two things I love in life - travel and opera. Which is probably why I write a blog on each of those subjects. I'm a filmmaker, former BBC journalist, cottage dweller, gardener and cat lover. I make documentaries, profile videos of individuals and companies as well as trailers for productions and festivals. Check out my other blog Diva Films: My life as an operatic filmmaker and my website annekostalas.com. Follow @viewfromalake on instagram and twitter."