New Brunswick by the sea 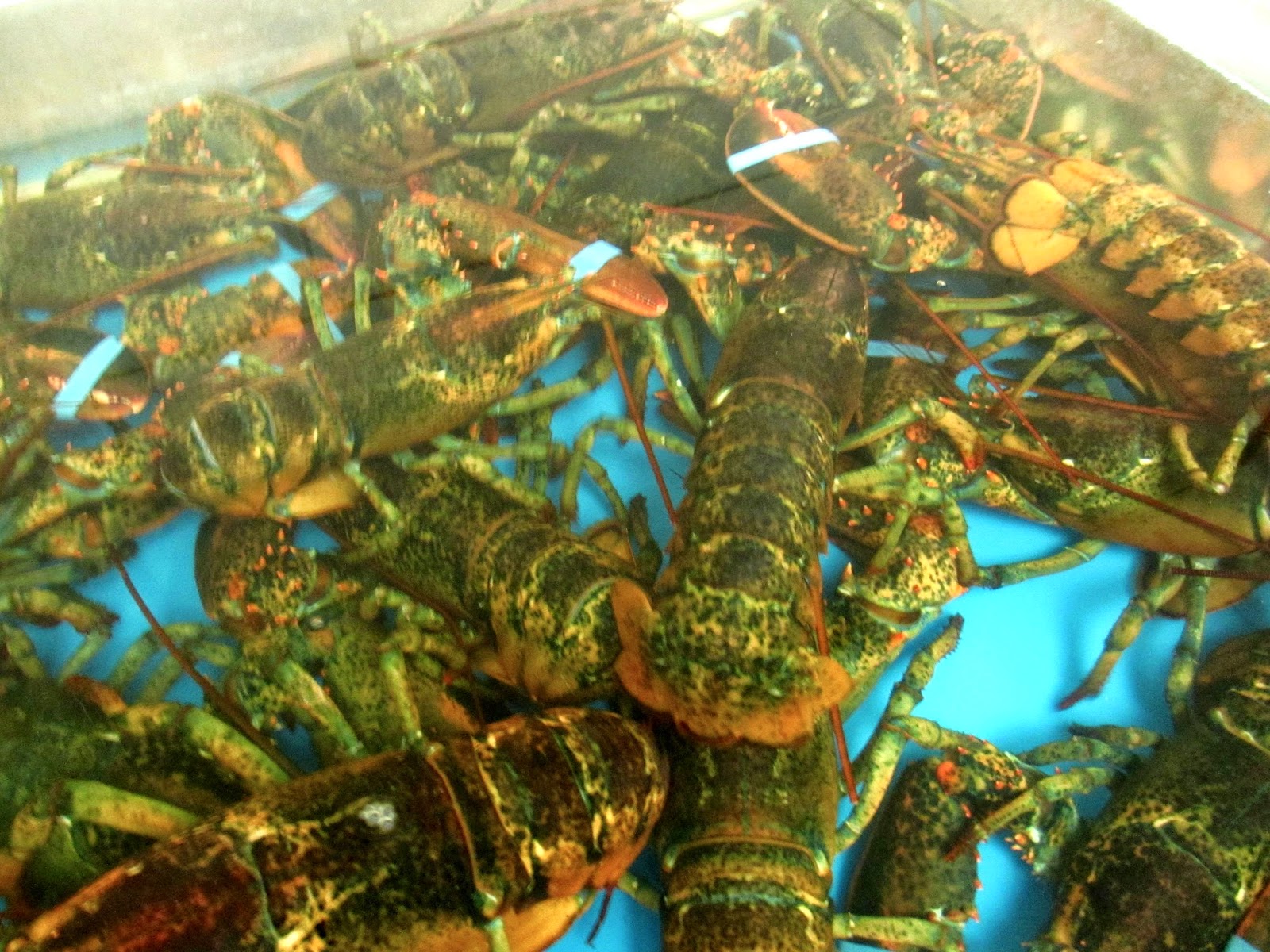 We arrived late at night after an 11 hour drive. Much of our route across New Brunswick  was through pine forest, made interesting by the moose warning signs on the roadside. The Canadian in our car told tales of the damage a collision with a moose can cause and we practised which way we would dive if one came through our windscreen. In the end we did not see a single moose and suddenly as all the light had faded we were on a coastline and I was reunited with the smell of the ocean. Such an exciting smell when you live far from the coast.


In the darkness we could pick out the fishing boats and lobster pots and strange French flags with yellow stars on them. This is the Acadian flag and it appears everywhere- they are proud of their heritage here on the Acadian peninsula.  (see the islands on the northeast tip of New Brunswick below in the Chaleur Bay) 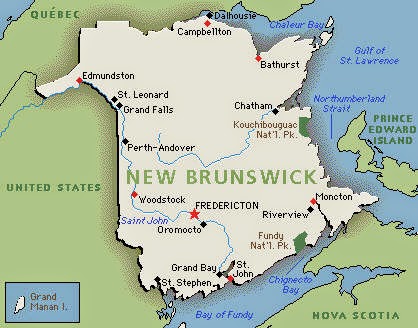 Here is a map to show you where New Brunswick (in red)  is in relation to the rest of Canada.
We are staying on Lameque island - both it and neighbour Miscou island, are on the most northeasterly tip of New Brunswick. The islands are known for their fishing and peat industries. Kiteboarders and birdwatchers love the place in equal measure. One of the attractions for boarders is the warm waters  off the east coast in the Baie-des-Chaleurs. Swimmers head to the beach on Miscou island.

Next morning we stagger into the Central Cafe to find we are 20 minutes late for breakfast. But then they take pity on us and it’s bacon and eggs all round. We chalk it down to Acadian hospitality.
At the fish market in Lameque we are marked out as tourists immediately. One local tells us pityingly to remove the blue tape from the lobster’s claws. We buy fresh cod, prawns, squid, scallops and live lobster for six for just $59. The locals are friendly and a supermarket assistant picks out a local butter for us which he recommends. He wants to know where we are from and wishes us a pleasant holiday. The woman in the wine store has a mother-in-law from Croydon and tells us how much she loves it.


We are here for the Baroque Music Festival in Lameque on July 24-26, now in its 39th year.  Our friend, tenor David Menzies, is singing here for the second time and recommended the area. Pointe Alexandre on Lamèque is famous for its sunsets which do not disappoint. This is where we are living all week in a chalet  just steps from the beach.  We eat dinner from the fish market in the screened-in and mosquito-free gazebo before taking our drinks to the edge of the beach to watch an orange sun gradually dip into the bay. Then we light a fire in our firepit and watch the flames until the mosquitos get the better of us and we lie in bed under ceiling fans which soothe us. It has been unusually hot in Lamèque - temperatures have reached 33C.

Next morning a walk to the tip of the point is restorative - there is driftwood everywhere and evergreens almost tumble onto the beach. I spot herons and a plover making a racket while he fishes in a pool. I spent my childhood on a beach 3000 miles away in North-East England. Strange how comforting the sea air can be. It feels good to be back.
Read more about Lamèque and the Acadian islands.

Email Post
Labels: Baroque festival Lameque Miscou New Brunswick
Anne Kostalas
"There are two things I love in life - travel and opera. Which is probably why I write a blog on each of those subjects. I'm a filmmaker, former BBC journalist, cottage dweller, gardener and cat lover. I make documentaries, profile videos of individuals and companies as well as trailers for productions and festivals. Check out my other blog Diva Films: My life as an operatic filmmaker and my website annekostalas.com. Follow @viewfromalake on instagram and twitter."