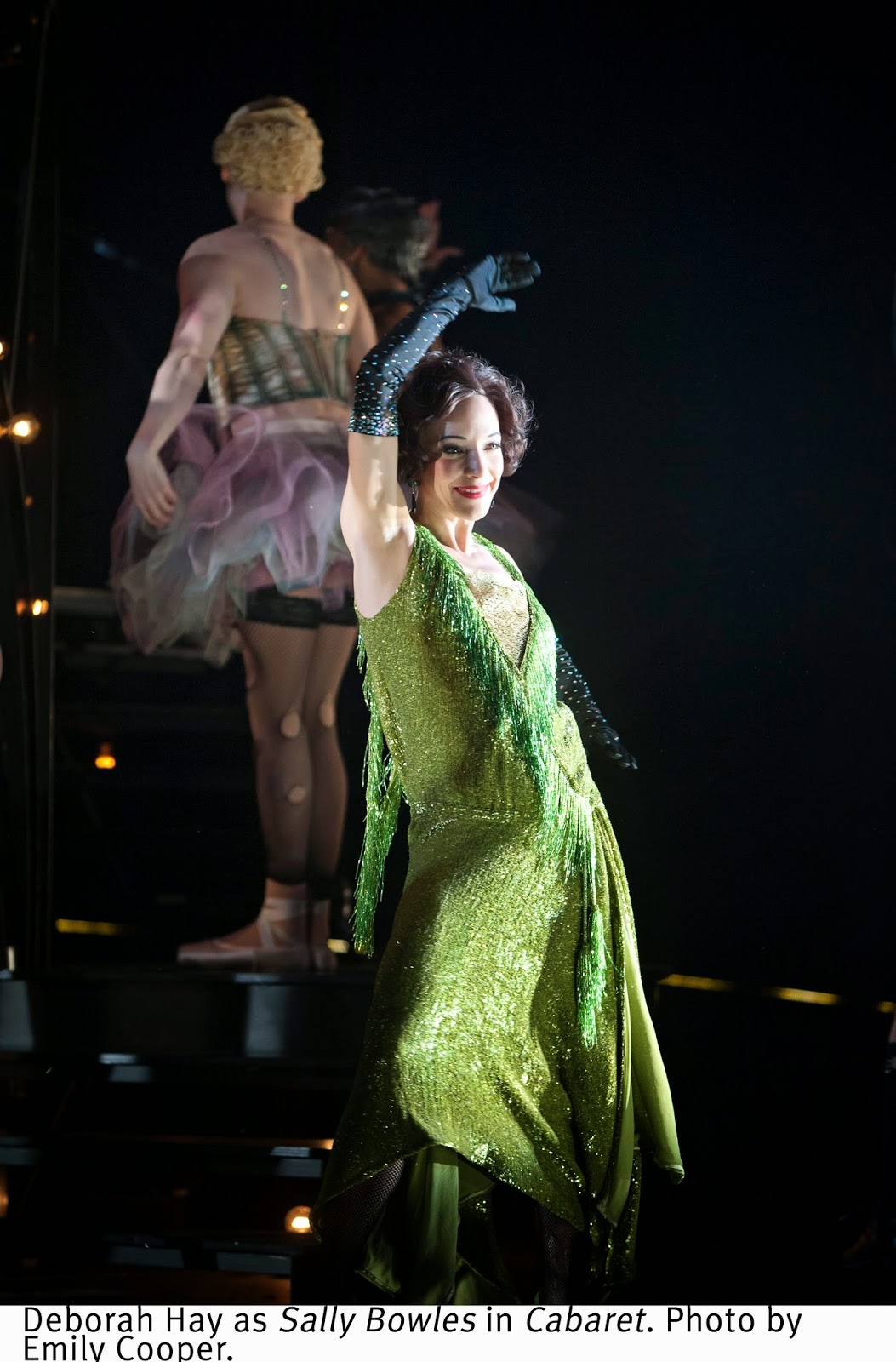 What use is sitting alone in your room? That's what we thought too so we find ourselves at the Shaw Festival for the second year running watching Cabaret at two o clock in the afternoon. It takes a bit of getting used to, immersing yourself in cool dark theatres while the sun beats down outside but you soon become accustomed to its ways. You might be a bit paler after a trip here but it is worth it for the theatre which is very well produced. Cabaret did not disappoint. Deborah Hay as Sally Bowles was incredibly moving as she sang the title song. Jackie Maxwell, the festival's artistic director, says the acting is every bit as important as the singing in the Shaw's one musical.

We are in Niagara-on-the-Lake or NOTL as it is known in the world of hashtags. We are surrounded by people mainly older than us, but I go to the opera so I don't care at this point. The town itself is a delight of shady streets, cute houses and well-kept gardens. It has its own microclimate so humidity makes it easier to hide away in dark theatres where you can breathe in the air-conditioning and some great culture. The mandate of the festival is to produce plays by George Bernard Shaw, his contemporaries but also some modern works set in the period about which he wrote. This means the festival can bring in more female writers and playwrights every bit as provocative as old GBS was in his day. 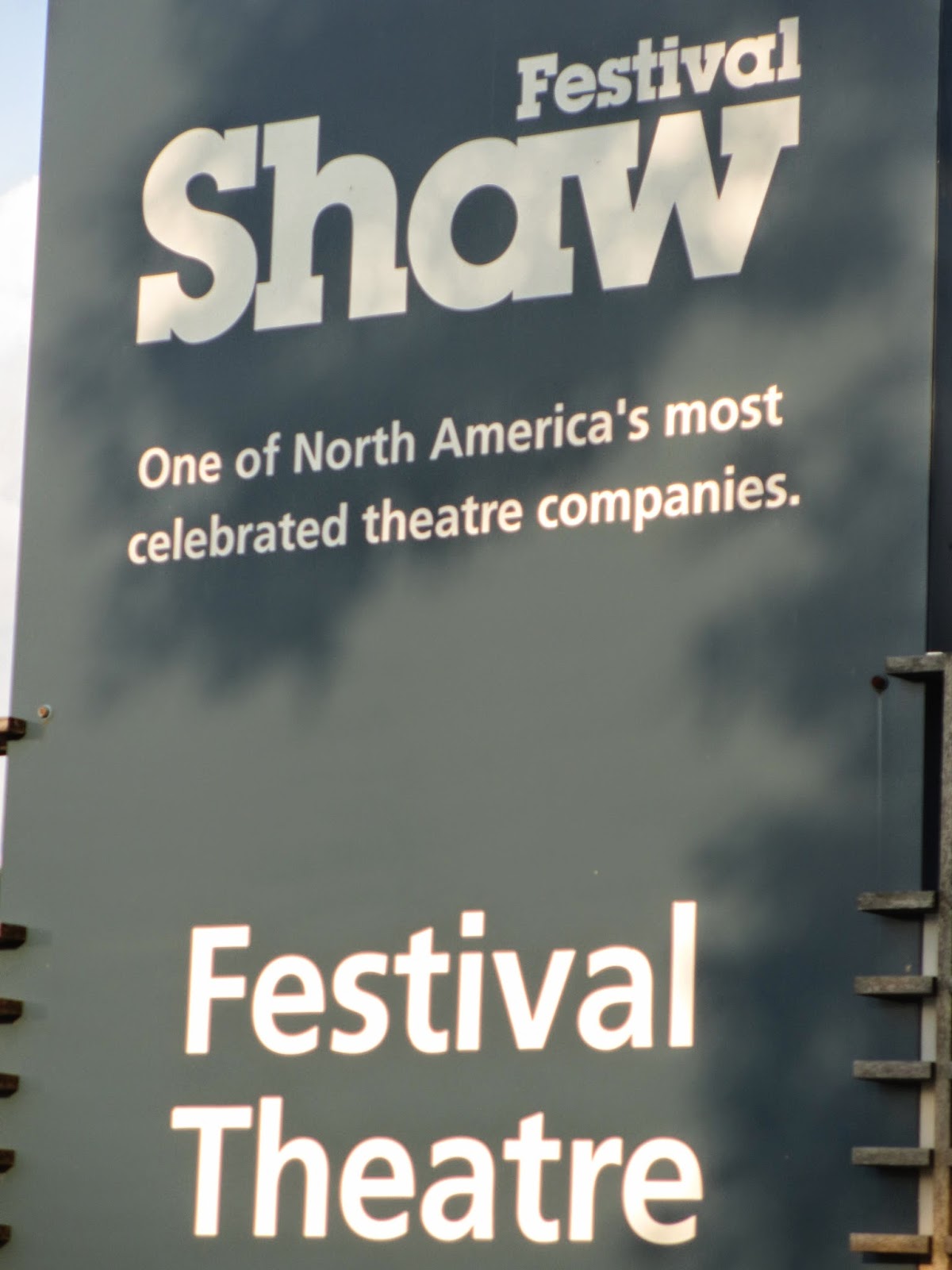 The productions scream quality at you as soon as the lights go down - sets, costumes and acting are all impressive but it is the little touches which I find can be the most enjoyable. During scene changes last night in The Philadelphia Story there was music from the period instead of the usual silence.  Original music is sometimes composed for the plays and it is this attention to detail which I think makes it all work so well. "We are always moving forward. Moving to a new world," says Jackie who admits to sneaking in to see costumes on dark winter days to cheer herself up and as a reminder of what is to come when the festival opens in the Spring.


In between plays (we're seeing seven this year in four days) we stroll down to the lake where folks like to gaze out at the sailboats. We overhear a man talking about being able to see Toronto across the water and I forget his comment entirely until I am standing in the cool breeze and my eye suddenly finds the tower blocks on the horizon - like tiny matchboxes beyond the waves. We spend all day outdoors here - that is when not at matinee performances between 2 and 4 and then back for the 8pm performances.

One favourite location is Balzacs coffee house where the wifi is as smooth as the coffee and you can overhear people talking about the latest play they've been to. It's a great town in which to eavesdrop. We are hanging out here after seeing The Charity that Began at Home by St John Hankin next door at the Court Theatre. We loved it - especially Laurie Paton as Mrs Eversleigh and Fiona Reid as Lady Denison, both Shaw favourites.

At the Festival Theatre the Shawp (see what they did there?) is a great little store where you can buy everything from a fridge magnet with a George Bernard Shaw quote ("Youth is wasted on the young" is one of my favourites) to posters from the season which are always desirable. This image below is for the Tennessee Williams play A Lovely Sunday for Creve Coeur and is designed by Emily Cooper.  Now if you forgive me I have to go sit in a darkened room again - tonight's production of Arms and the Man. 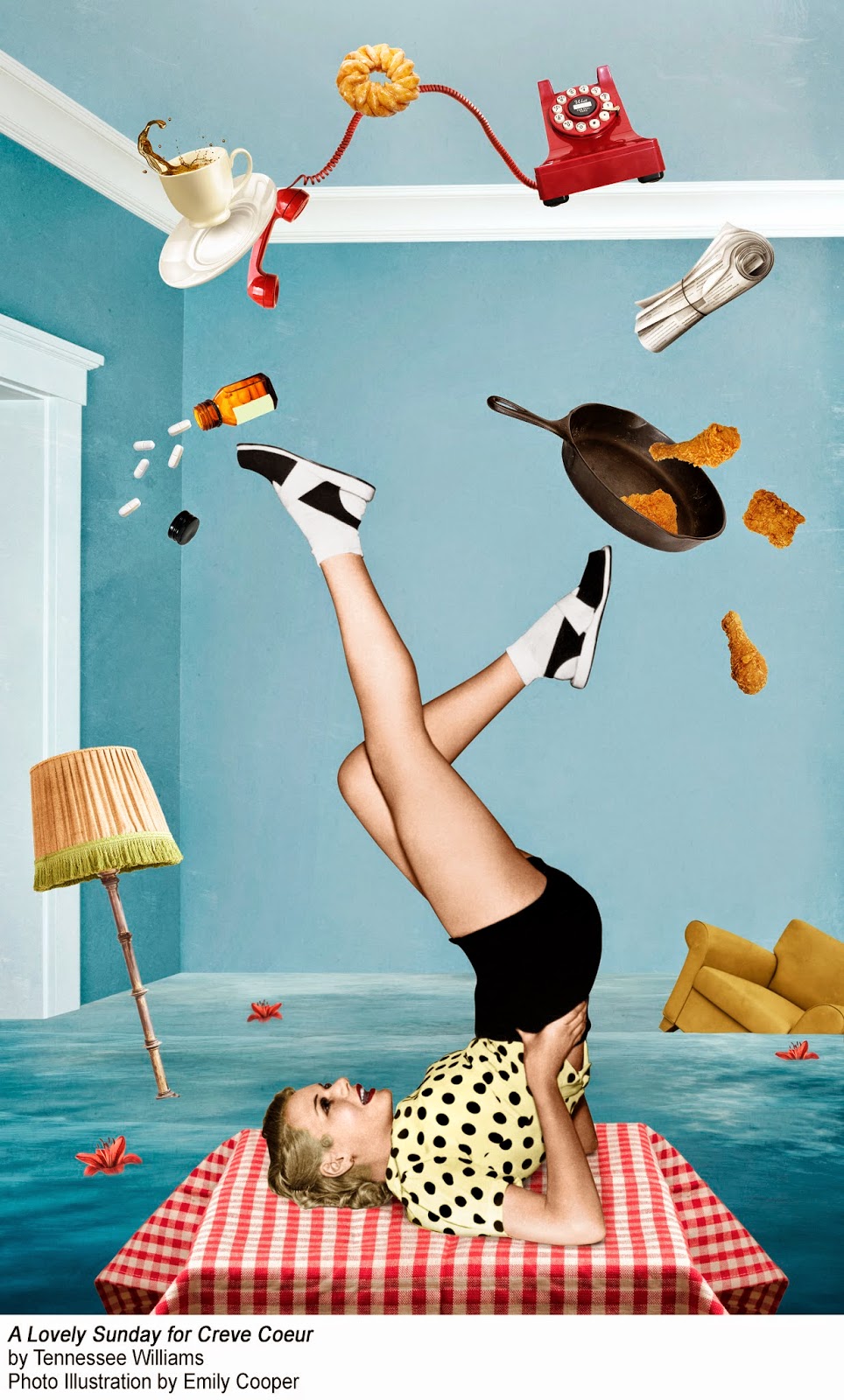 Read my next post about the Shaw and Niagara Falls
Here's a link to my posts about last year's Shaw Festival and Niagara region.

Find out more about the Shaw Festival, Niagara-on-the-Lake and visiting Ontario.

Email Post
Labels: Niagara-on-the-Lake Ontario Shaw Festival
Anne Kostalas
"There are two things I love in life - travel and opera. Which is probably why I write a blog on each of those subjects. I'm a filmmaker, former BBC journalist, cottage dweller, gardener and cat lover. I make documentaries, profile videos of individuals and companies as well as trailers for productions and festivals. Check out my other blog Diva Films: My life as an operatic filmmaker and my website annekostalas.com. Follow @viewfromalake on instagram and twitter."